Rains in September are crossing earlier monsoon levels in most parts of India.  While the rains cause havoc in cities with poor storm water drains, rains are  rejuvenating forest systems and green ecosystems.

During the monsoon season, it is fascinating to observe nature's reaction to the rain.  Mushrooms and fungi spring out from various locations and they surprise as well as arise your curiosity. 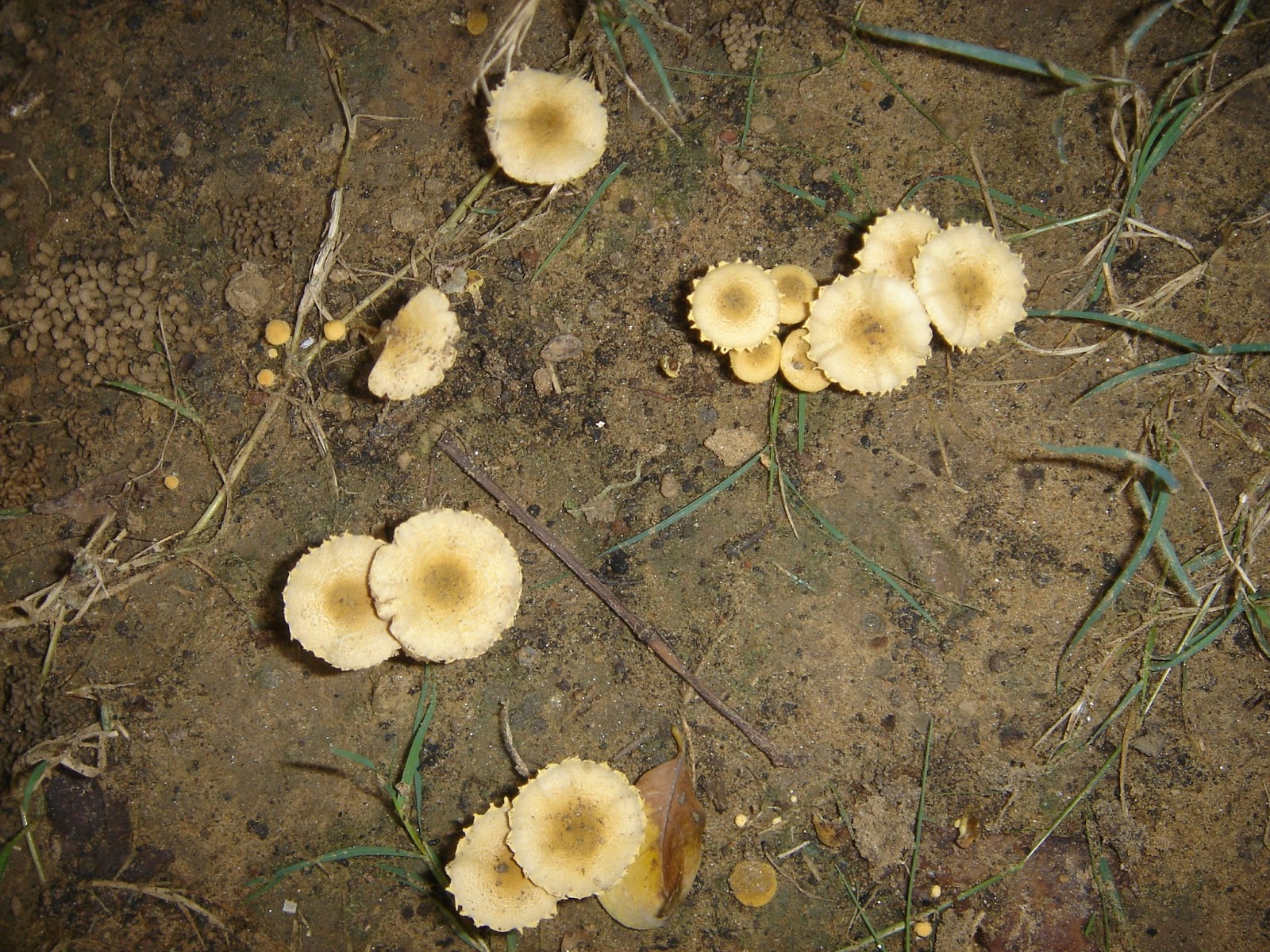 Knowing when to look is also important. Mushrooms are not formed until temperature and moisture conditions are right for them.  Look out a few days after monsoon rains and you will find small mushrooms sprouting in the lawns. 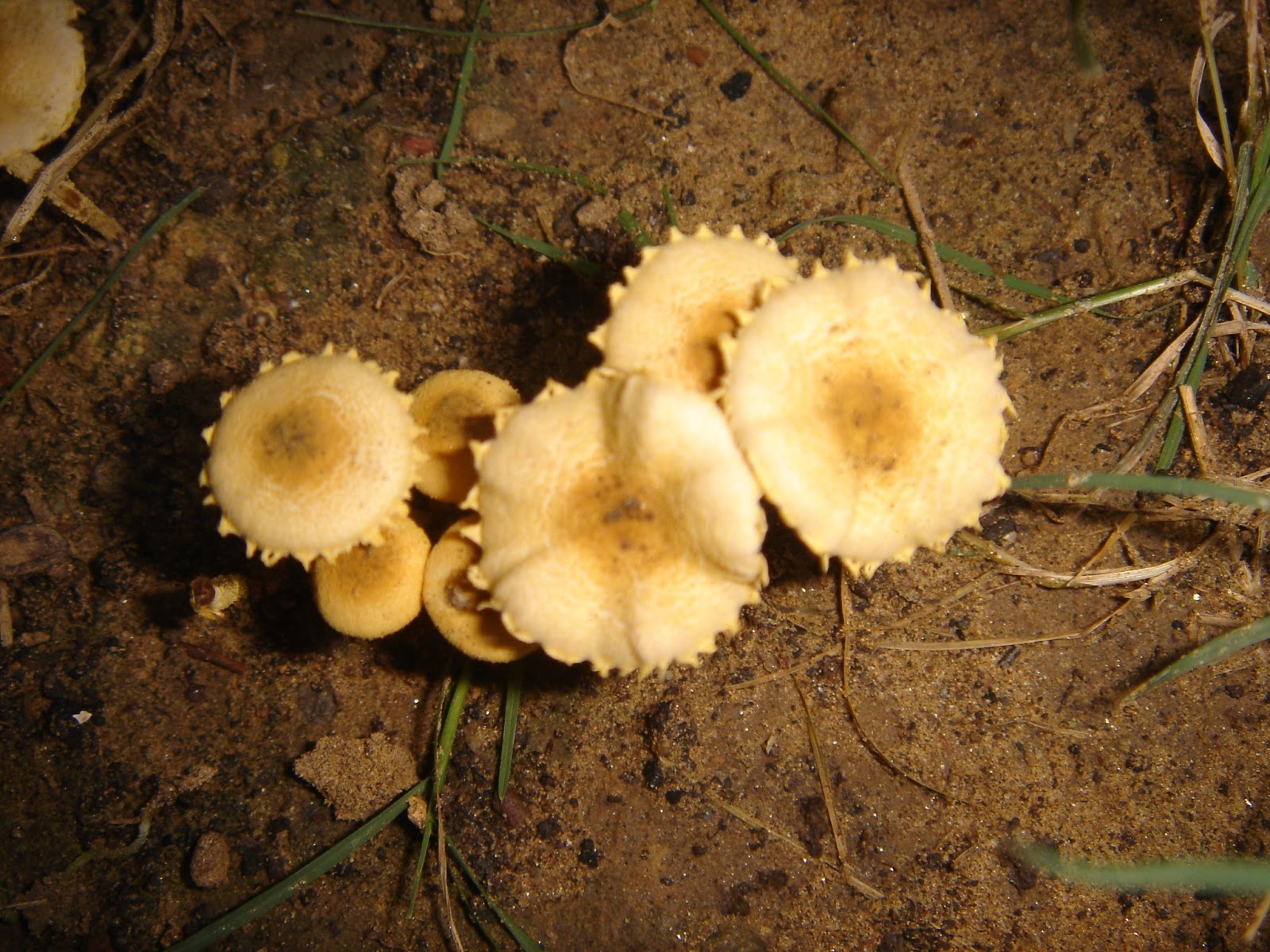 Mushrooms and other fungi grow almost everywhere, on every natural material imaginable. Some fungi grow only in association with certain trees. Others grow on large logs. Mushrooms are also found in soil, on decomposing leaves, and in dung, mulch and compost. 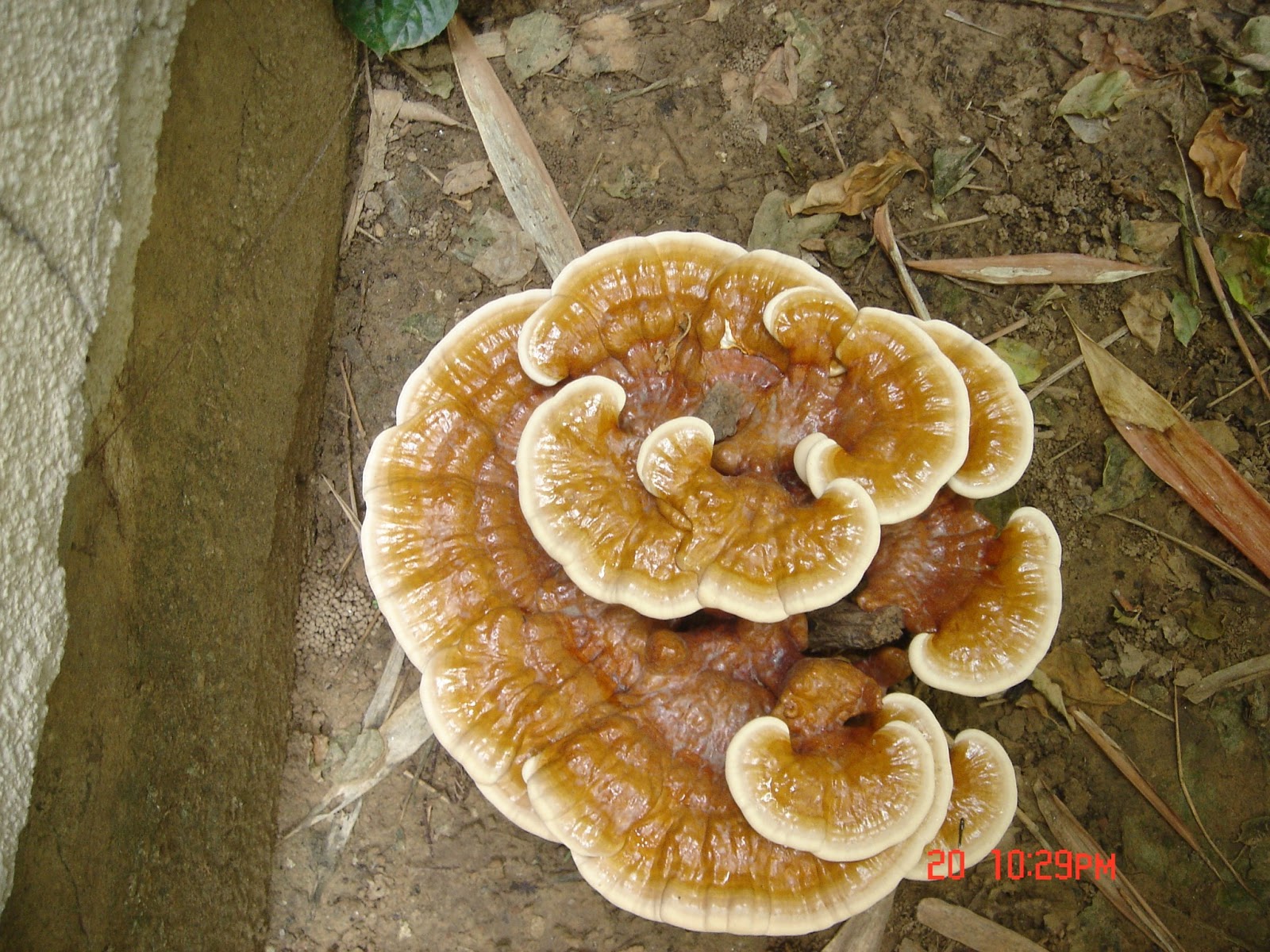 Mushrooms are fungi. Fungi are as uniquely different from plants as plants are from animals. In fact, fungi and animals are now in the same super-kingdom, Opisthokonta.

Many mushrooms grow towards light, following the sun just like plant. Unlike with plants, scientists do not yet know how mushrooms use sunlight; only that they do. 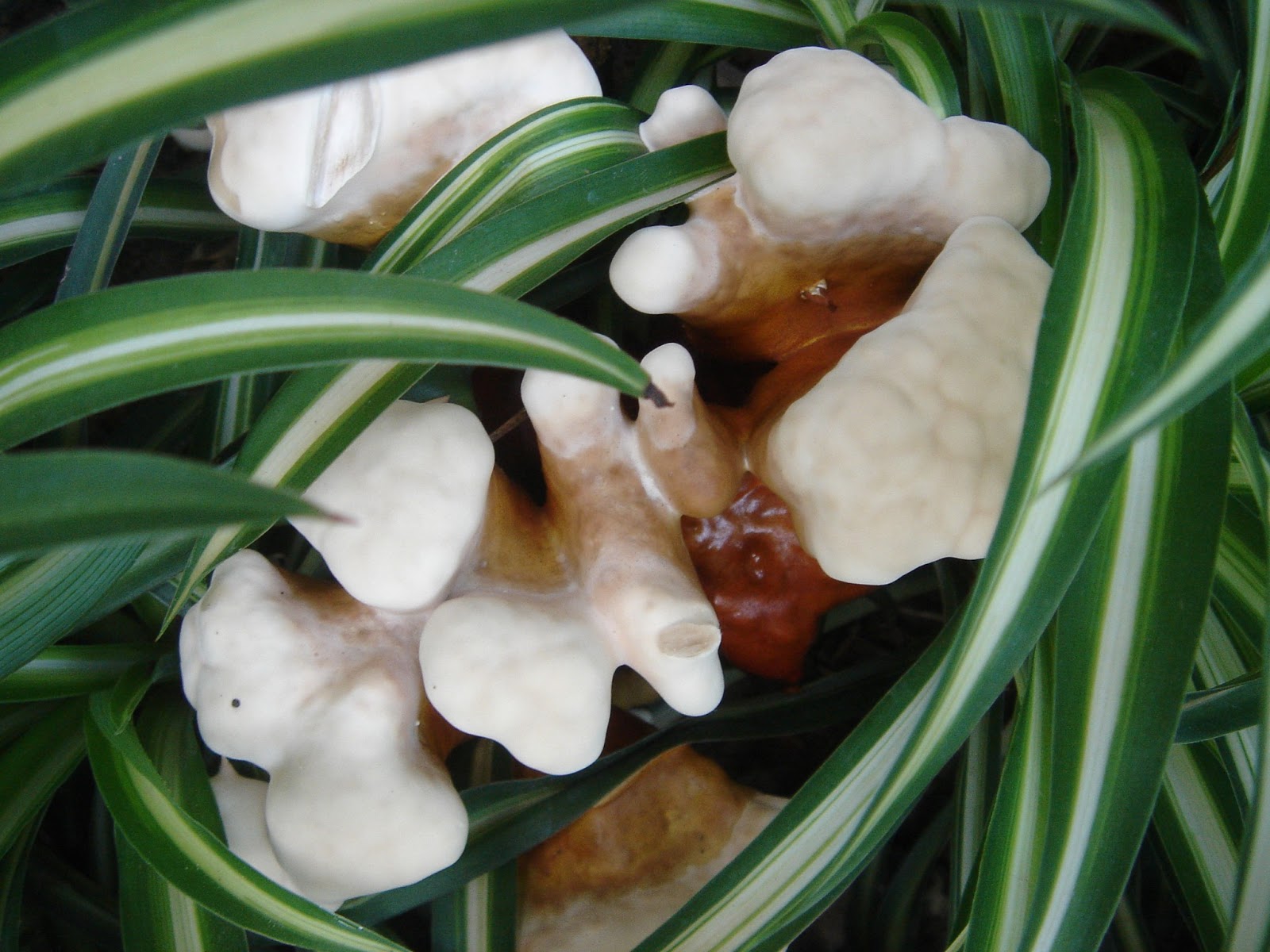 Fungi recycle plants after they die and transform them into rich soil. If not for mushrooms and fungi, the Earth would be buried in several feet of debris and life on the planet would soon disappear. Some of the oldest living mushroom colonies are fairy rings growing around the famous Stonehenge ruins in England. The rings are so large that they can best be seen from airplanes.  Under the right conditions, some mushrooms' spores can sit dormant for decades or even a century, and still grow! 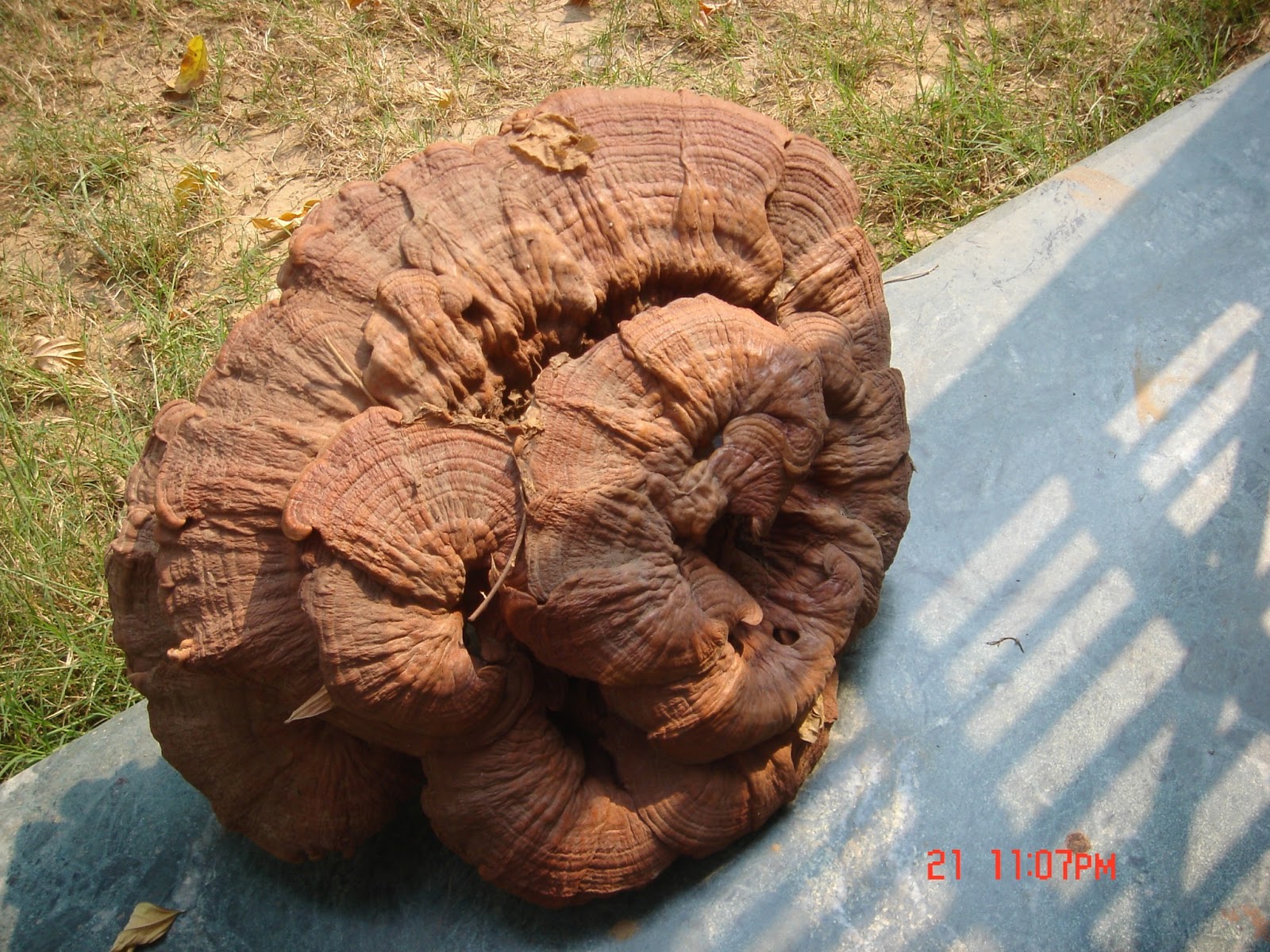 The spores of mushrooms are made of chitin, the hardest naturally-made substance on Earth. Some scientists suspect that mushroom spores are capable of space travel; a few even believe that some fungi found on Earth originally came from outer space!

Dried mushrooms are good props for 'Ikebana' lovers.  This Japanese art of flower arrangement is particular about staying true to nature by using dried leaves, flowers and mushrooms as props with fresh flowers to make a statement. 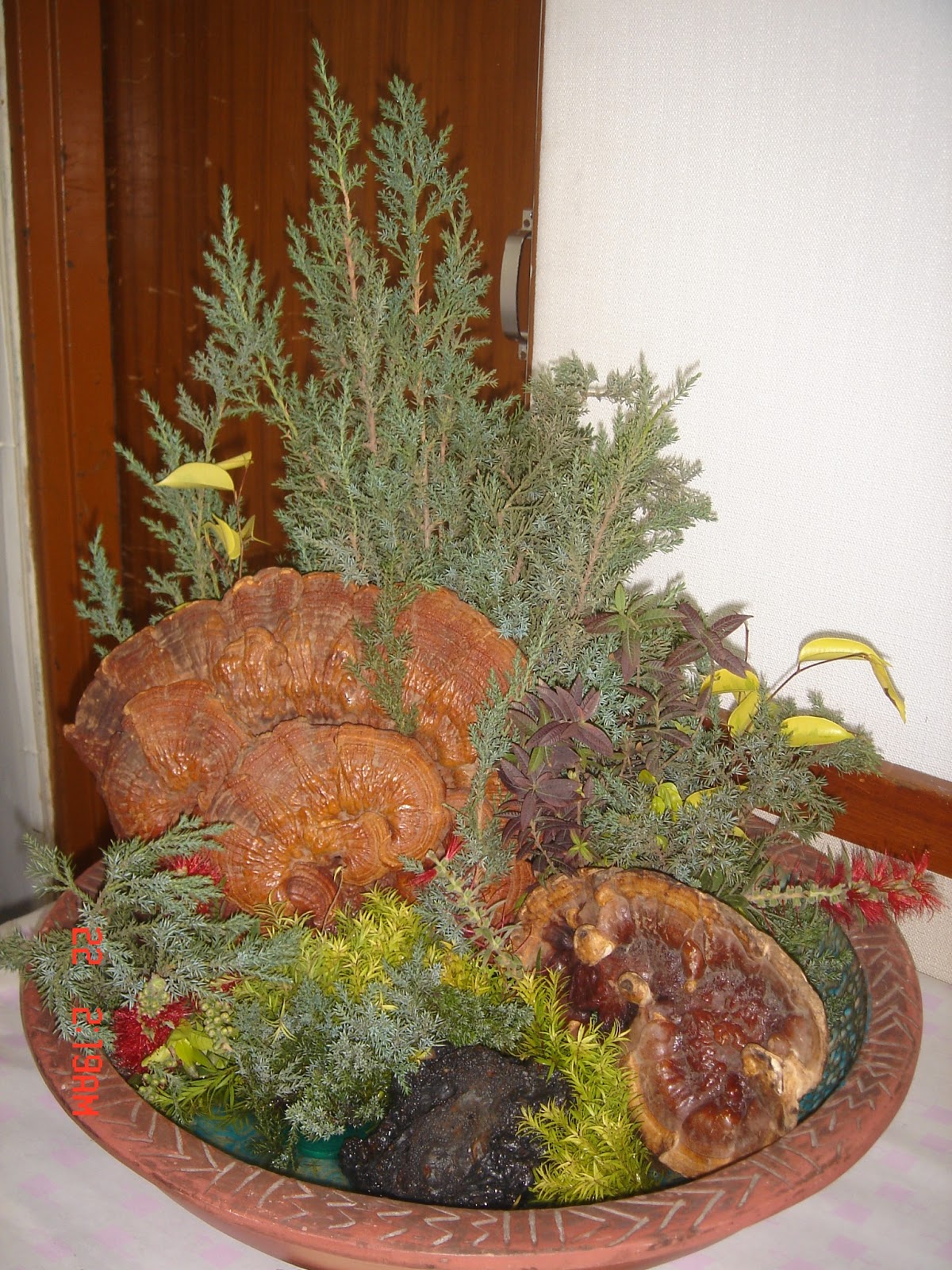 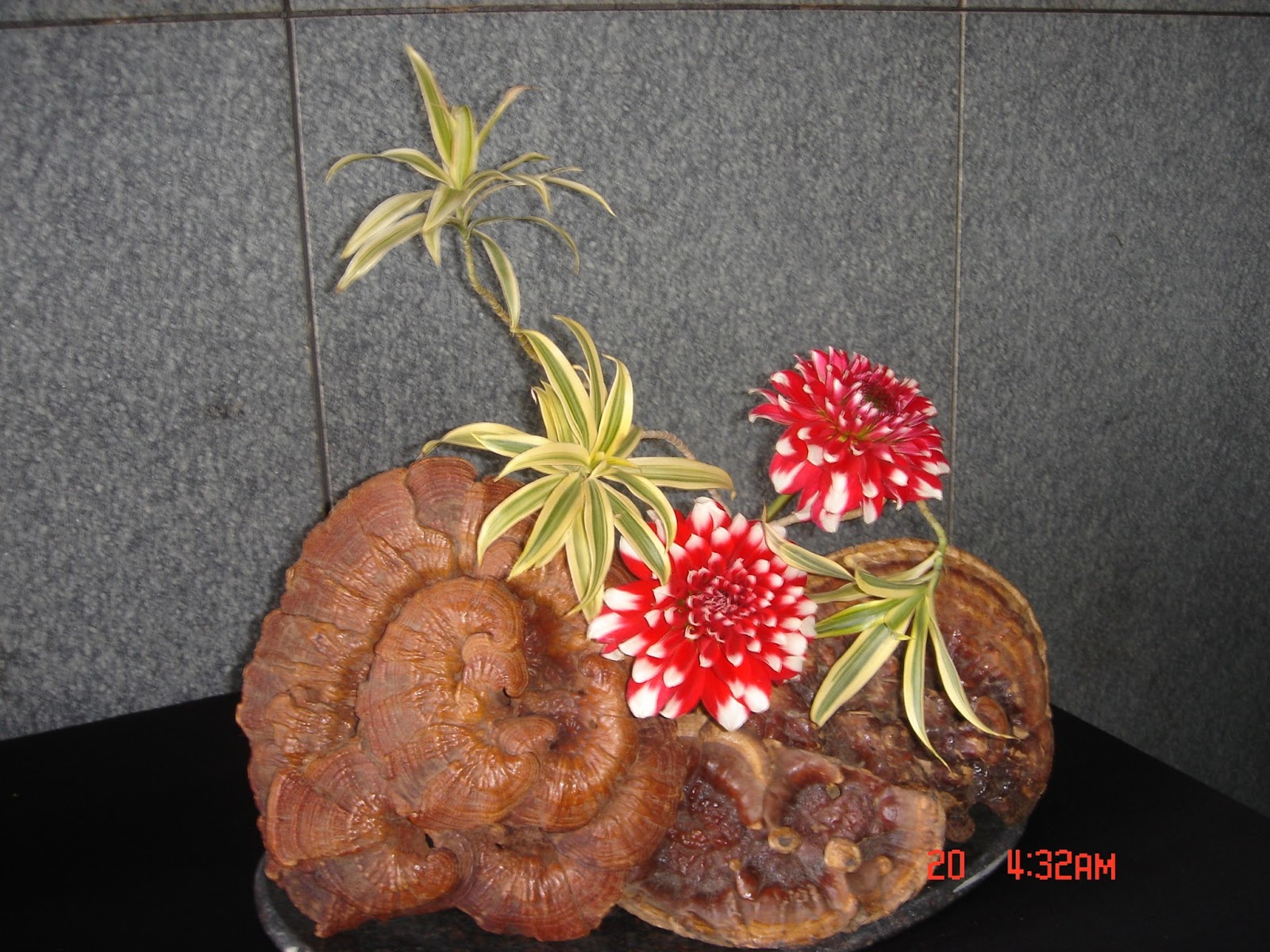 Mushrooms are useful not only as food and medicine; some are also being used in bioremediation, to absorb and digest dangerous substances like oil, pesticides and industrial waste, in places where they threaten the environment.

Beautiful world of mushrooms. You have added and enriched the the story with the display.
In lone mushrooms in natural surroundings, I see a princely procession with the mushroom being the umbrella or canopy.
Top of it all many mushrooms are edible and nutrient rich. Their appearance is certainly a message from Mother Earth
Prosper and go places but stay in touch with her, the mother of all