Four of us, me, husband, brother and wife made a memorable road trp to Sikkim in the month of February 2020, and managed coming back just before the nation was caught in a lock-down.  Reliving the memories of that trip has been a pleasurable past-time during the lock down! 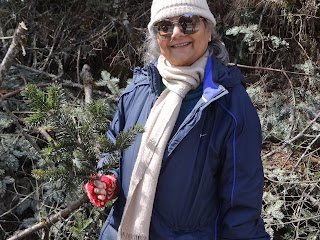 According to ABP live, since the corona pandemic reached Indian shore, the state of Sikkim has remained completely virus free.  Early measures taken by the state have so far been effective in keeping the virus at bay.  Since the state has a border with China, it was on high alert and very early issued mandatory screening at the border.  Even though tourist season had just started the state still ordered a ban on foreign tourists on 5 March.  And even before the nationwide lock-down, Sikkim declared self-quarantine by March 17.  Borders with neighboring state West Bengal were also closely monitored.

There are some other features of this Indian state which could have been a deterrent.

Sikkim is the first fully organic state in the country.  Sikkim  has  registered a 4 percent increase in the state's forest cover since 1993.

The total forest and tree cover of the State as per the latest India State of Forest Report 2017 is 3379 sq. km (47.62% of the total geographical area of the state)

In Feb 2020, when Aadu(Peach) trees were in full bloom and rhododendron were beginning to bloom, we entered Sikkim.  The date is 19th February,2020. This short video tells it all