Forum > Any other > The crowned jewels of Malabar!

When I was a kid nothing fascinated me more than flying high so much so that I was an inch close from becoming an air hostess thinking that she gets to fly for free. But then I landed into medical profession out of nowhere but that’s another long story.

I have been dreaming of the Malabar Pied Hornbills (Anthracoceros coronatus) the day I stepped into their area, the Malabar region. I came to study in the Manipal University around three years back which lies along the beautiful Southern coasts or the Malabar coasts. Malabar is derived from the Malayalam word Mala for hill and vaaram for range. Malabar, as we all know it today was changed due to the British-East Company governance. 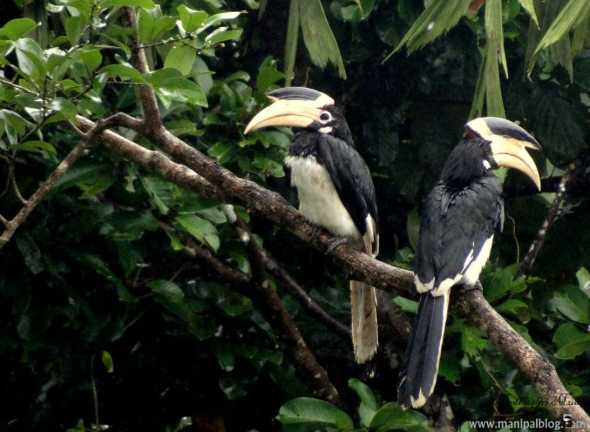 The Malabar pied hornbill is a bird endemic in the region. Though some are as well found along the central belt of Maharashtra. This large black and white stunning bird has an enormous yellow bill with a large hollow bony extension over it, which is known as casque. Due to its resemblance to a crown, the bird is also called as the “crowned hornbill”. In spite of the male and female looking similar few differences are noted. While the female has a white eye liner around her eyes the males have a larger casque. The casque bills make these birds look unique, comical though gorgeous at the same time. 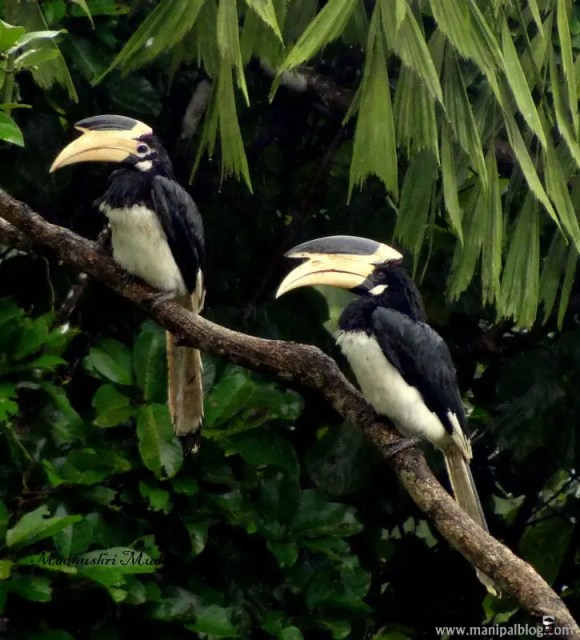 The Crowned beauties on a berry tree…

The striking hornbill has not escaped our funny Indian superstitions. It used to be called as “Dhanchidiya” as the earlier tribes believed that hanging the hornbill’s skull brought wealth. Funny!

Another fascinating feature of this bird is its nesting. The female traps herself into a hollow of a tree while the male walls the hollow with mud and cement. This is so that only a small hole is left for the male to feed the female. The female lays two to three eggs and incubates. Once the chicks have grown a little older leaving no space in the hollow the wall is broken and rebuilt. These birds mainly feed on fruits and play a major role in seed dispersal. 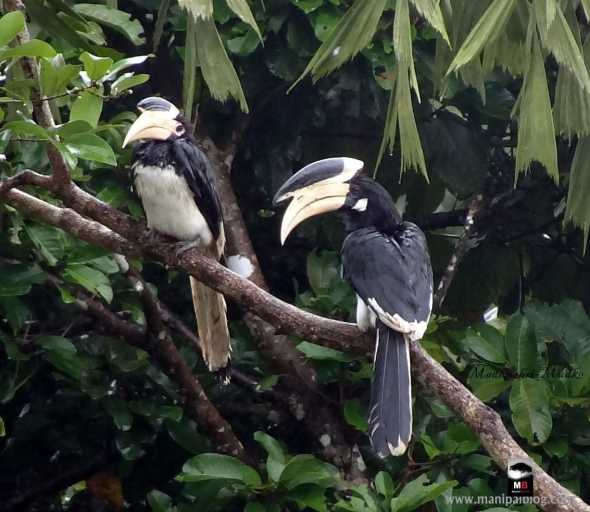 I must say that I was very lucky to have these beauties here in my small educational hub Manipal, a visit in the winters may give you an opportunity to see them. But, I am worried about the massive deforestation, human development and the ever-increasing need of human accommodation. Thus taking away their rights to live and breed. Today the status of these birds is near threatened and it won’t take much time to title them as endangered.

It is never too late to change and bring about a change. As human beings it’s our responsibility to give a chance to every creature to survive. Roger Tory and many others have aptly quoted that birds are indicators of the planet’s health, if they are in danger, you are indeed in danger! 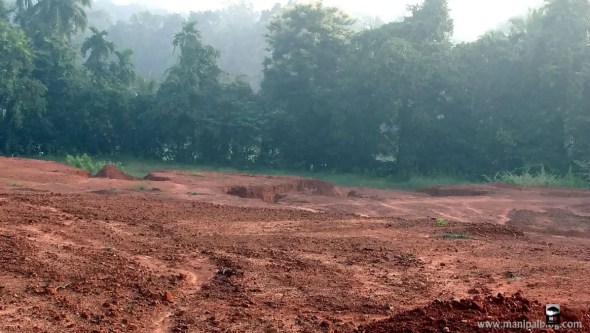 Save the Environment, birds furthermore hold on to our green planet. Happy Birding!

Thank you for the valuable information about crowned hornbill and being an animal lover i found this article very useful...thanks for sharing

Thank you for the valuable information about crowned hornbill and being an animal lover i found this article very useful...thanks for sharing

Thank you for the valuable information about crowned hornbill and being an animal lover i found this article very useful...thanks for sharing.